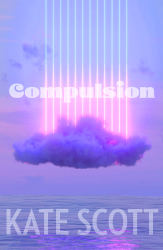 Compulsion is widely anticipated to become one of Australia’s bestselling literary novels of 2023. It was snapped up by PRH Australia where everyone, from the Junior Publicist to the Publishing Director, fell for it. The 1990s setting and music references work wonders with their nostalgic appeal to the Gen X and vintage appeal to Gen Z.

To show their love, PRH Australia went as far as putting together a special tribute playlist to accompany their offer! They plan to publish in March 2023.

Lucy, an ex-music magazine editor, has burned down her life. Robin, her new, eternally watchful friend, has never learned to inhabit his. Both have found their way to the small seaside town of Abergele – Lucy to dry out and immerse herself in obsessive research on early electronic music, Robin to stand sentinel as his grandmother dies.

Recognising in each other a fellow exile and a rich source of distraction, they fall into step on daily rambles across the cliffs. Their charged conversations about music function as both high-stakes flirtation and a stealthy way of processing the ways their lives have gone awry.

Robin, at first fascinated, quickly enamoured, is drawn into Lucy’s circle as she recreates her old life in hothouse miniature: the claustrophobic entanglements, the shifting sexual loyalties, the pill-blasted afternoons.

With weaponised wit and stylised sex, Compulsion looks at the wolves that stalk our fairy tales: both the wolves we invite inside, and those we don’t.

Kate began her career as a music journalist at age 18, before becoming the editor of the (now defunct) street press magazine Rave at 22. She interviewed hundreds of national and international artists, and her pieces were syndicated nationally in publications including Rolling Stone Australia. She was born in Newcastle and grew up in Melbourne, the Mojave Desert, Nimbin and Brisbane. She now lives in Thirroul on the NSW south coast and has two rabbits, Iggy Pop and Lou Reed.

Currently on submission in UK

All other rights available