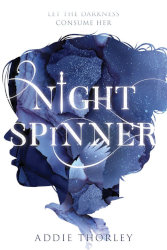 The first in an exciting new fantasy series inspired by The Hunchback of Notre Dame and bursting with lush magic, fast-paced adventure, and swoony, slow-burn romance.

Years ago, the warrior Enebish unleashed her dark powers upon an innocent caravan, and ever since, she has been deemed a monster, locked in a monastery and forbidden to go outside.

So when her sister, the military leader Ghoa, offers her a chance at freedom, Enebish jumps at it. Her task: to find the rebel Temujin and lead Ghoa's forces to his hideout.

But the world has changed since Enebish was locked away. The never-ending war with a neighboring kingdom has gotten worse and a harsh winter threatens the lives of millions. The only person who seems to be helping is the very person Enebish was sent to destroy: Temujin.

The rebel leader is not what Enebish expects. Charismatic and devoted to the common people, Temujin sees that Enebish could use her dark powers for good. With her unique abilities to command the night, she could stop the war and usher in an era of peace and prosperity. But only if she betrays Ghoa.

Now caught between Ghoa, who offers freedom, and Temujin, who offers hope, Enebish must decide whom to trust. For it seems everyone has a secret, and with the fate of the world hanging in the balance, Enebish must embrace the darkness within her before an even greater darkness consumes everything she knows and loves.

NIGHT SPINNER will publish with Page Street in February 2020. It is the first of two books.

Addie Thorley's debut, AN AFFAIR OF POISONS, was published in February 2019 to wonderful reviews:

"Thorley pulls magic and monsters into this exciting historical episode, but the corrupt and powerful (on both sides) are quickly revealed to be the true monsters. An...intoxicating read." - Booklist

"AN AFFAIR OF POISONS takes hold of the reader immediately and refuses to let go. The only cure is to finish it." - Lyndsay Ely, author of GUNSLINGER GIRL

It was also just nominated for YALSA's Best Fiction for Young Adults.